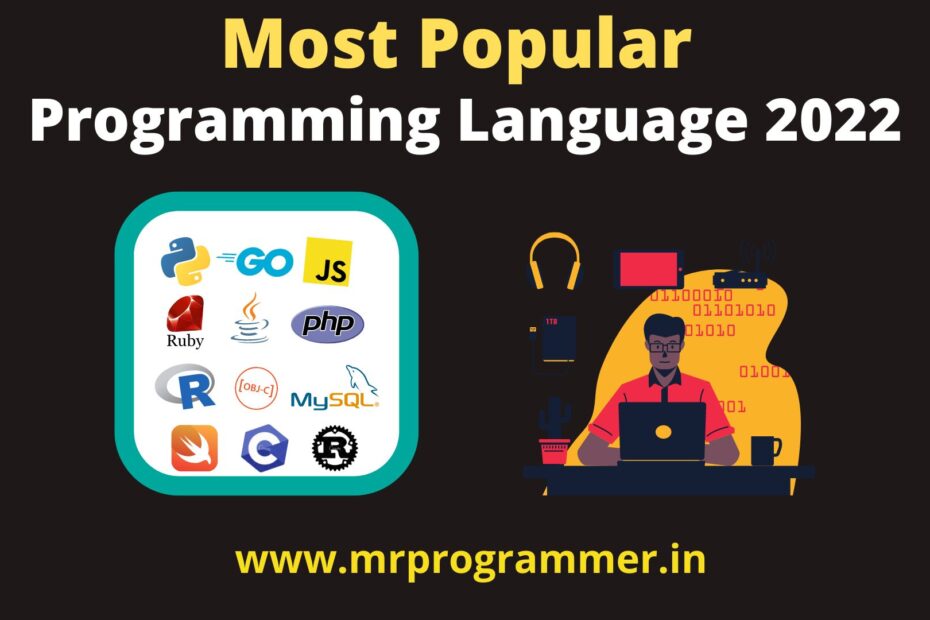 Hey Programmers, If you are Thinking Which Language To Learn In 2022 To Become a Good Programmer or Developer, then You Have Landed the Correct Place Because in this Post I will Tell you Top 10 Most Popular Programming Languages 2022. So Without Wasting Let’s Move On.

Python is a high-level programming language that was developed in 1991 by Guido van Rossum at CWI (Centrum voor Wiskunde en Informatica) in Amsterdam, Netherlands. Python is free software released under the terms of the GNU General Public License. In addition to being open source, Python is designed to make writing reliable, clear code fast, while maintaining readability. Python supports many different programming paradigms including imperative, object oriented, functional, and meta-programming.

Java is a general purpose computer programming language that is specifically designed to have as few implementation dependencies as possible. Java is generally regarded as a strongly typed, class based, object oriented programming language. It is commonly used for server side scripting and client applications. Java was created by James Gosling at Sun Microsystems and later acquired by Oracle Corporation.

JavaScript is a dynamic, weakly typed, prototype-based, object-oriented scripting language. It is included in web browsers and is widely used for frontend web development. It is the de facto standard scripting language for HTML documents and is included in many server-side technologies. JavaScript is derived from ECMAScript, which is defined by the Ecma International organization.

Ruby is a dynamic, reflective, object-oriented, general-purpose programming language. It is similar in some respects to Perl 5, Smalltalk, Scheme, and Lisp. Ruby was created by Yukihiro Matsumoto in 1994.

PHP stands for (Perssonal Home Page) it is a freely distributable, open-source, general-purpose scripting language primarily intended as an application development framework. PHP is notable for its extremely simple syntax and its cross-platform compatibility. PHP is especially suited for Web development and can be embedded into other Web content.

R is a statistical computing language and environment. It provides sophisticated data analysis capabilities using a wide variety of statistical models. R is free software distributed under GPL version 2 or later. R is maintained by the R Development Core Team at the University of Auckland, New Zealand.

Rust is a multi-paradigm universal programming language. Rust emphasizes performance, type safety, and concurrency. Rust enforces memory safety. This means that all references point to valid memory. It doesn’t require the use of a garbage collector or the reference counting found in other memory-safe languages.

Go is a statically typed, compiled programming language developed by Robert Griesemer, Rob Pike, and Ken Thompson at Google. The syntax is similar to C, but with CSP-style memory safety, garbage collection, structural typing, and concurrency.

All the Programming Languages Mentioned Above are Best No one is Good or Bad, Skills Make You a Real Programmer, Language Doesn’t. So Focus On Your Skills Not Language. So This Was it for this Blog See you in the Next One Till Then Keep Coding Keep Exploring!

2 thoughts on “Most Popular Programming Language 2022”