Home » React vs Angular | Which One You Should Go For?

React vs Angular | Which One You Should Go For? 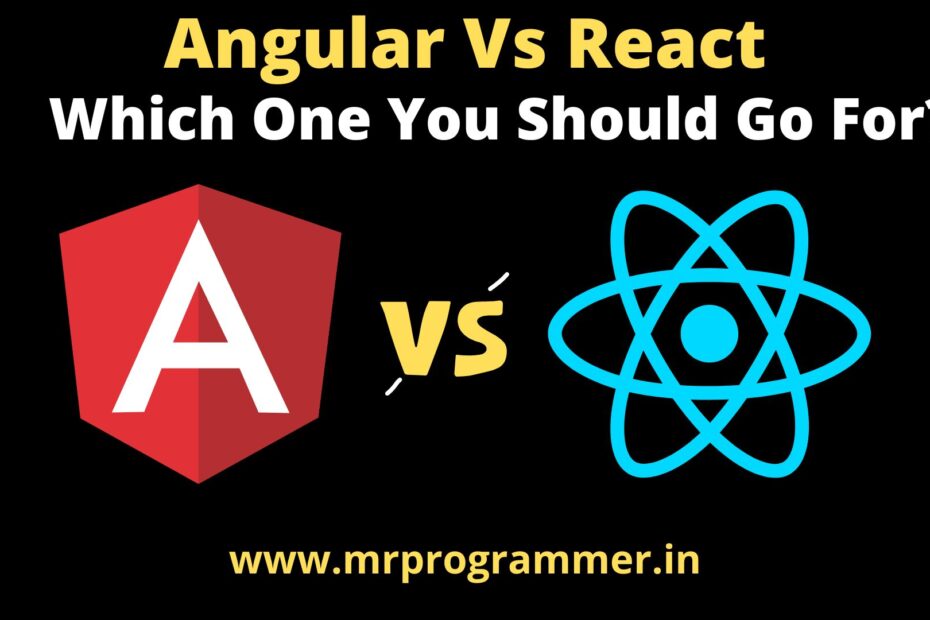 Hey Developers, If you are a Web Developer , you might Have a Question which is Best React Or Angular. React & Angular Both Are One of the Most Popular and And Most Used Languages By Developers. And In Terms of Web Development Both Languages Play a Vital Role In Development of Websites or Web Apps.

Angular is a JavaScript framework created by Google. It was first released in 2011 and is now maintained by the community. It is a client-side MVC (Model View Controller) JavaScript framework designed to speed up web application development. AngularJS uses HTML templates to define user interfaces and data binding to model changes automatically.

Angualrs a great tool for building dynamic websites. It is built using the Model View Controller pattern. This means that the code behind the website is separated into three parts; the model, view, and controller. The model contains the data being displayed, the view displays the data, and the controller controls what happens between the two. AngularJS makes it easier to build complex applications.

To learn how to use Angular, you need to download the latest version of AngularJS. There are several ways to install AngularJS. One way is to use npm, which stands for Node Package Manager. Npm is a package manager for node.js.

React is a JavaScript library that makes developing user interfaces easier than ever before. It is based on the idea that UI should be simple and declarative.

React a JavaScript library created by Facebook that helps developers build user interfaces using components. Components allow us to break down our code into reusable pieces that we can reuse across different projects. In addition, they make it easier to test each piece individually.

If you Are Going to Learn React For Development Of Websites or Web Apps, You Must Master HTML & CSS and Should Have a Basic Understanding Of JavaScript.

Angular: Angular is a free, open-source web application framework based on TypeScript led by the Angular team at Google and a community of individuals and businesses. Angular has been completely rewritten by the same team that developed AngularJS.

React: React is a free, open-source front-end JavaScript library for building user interfaces based on UI components. It is maintained by Meta and a community of individual developers and companies.

Which One to Choose For Web Development (React Or Angular)

React outperforms Angular with its virtual DOM implementation and rendering optimizations. Transitioning between versions of React is also very easy. No need to install updates like Angular. Finally, React allows developers to use a myriad of existing solutions.

So After So Much Of Hustle-Bustle, We come to the Final Conclusion That if you want to Create Websites With Fast User Interaction (No Loading) And Want to Start From Easy Then You Should Definitely Go For React Js. And If You Want to Build Dynamic Web Apps Where the Content and Some Components are Displayed According to the User Who is Accessing and the Client that is consuming Then you Should Go For Angular Js.

So this Was It For this Blog See you In the Next One Till Then Keep Coding Keep Exploring!

1 thought on “React vs Angular | Which One You Should Go For?”