Home » React vs React Native | What is the Difference?

React vs React Native | What is the Difference? 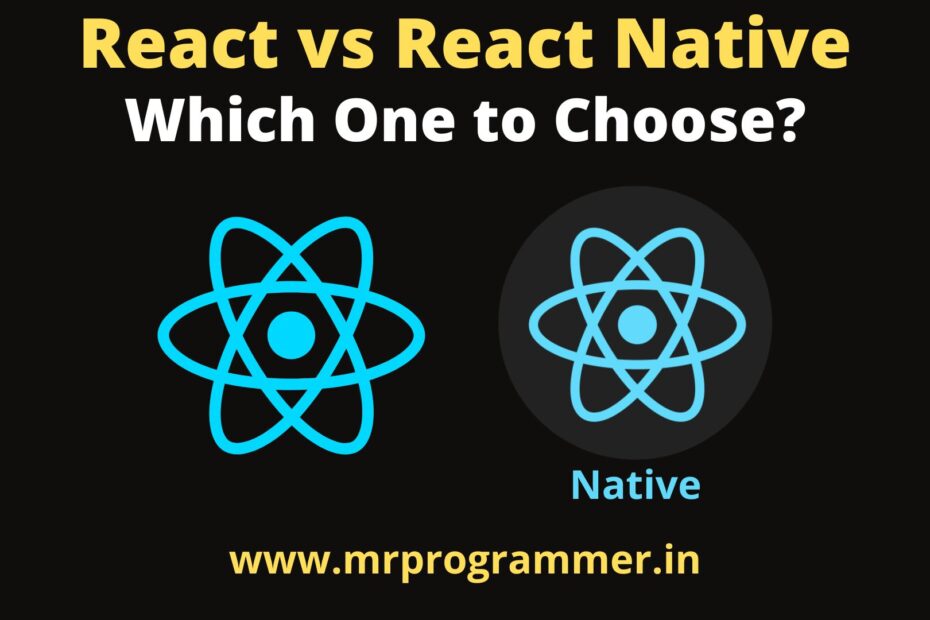 Hey Developers, Welcome Back to Another Curious Post In this Post We Will Be Discussing About React Vs React Native Which One to Choose, What are the Differences And More. If you are a Developer You Might Heard of these Both Languages.

React a JavaScript library created by Facebook that helps developers build user interfaces using components. Components allow us to break down our code into reusable pieces that we can reuse across different projects. In addition, they make it easier to test each piece individually.

Jordan Walke, who was a software engineer at Facebook, is developing it. It was originally developed and maintained by Facebook and later used in its products like WhatsApp and Instagram. Facebook developed ReactJS in 2011 for the News Feed, but it was released to the general public in May 2013.

Facebook is developing React Native 2013 for an internal hackathon project. In March 2015, Facebook announced that React Native was open and available on GitHub.

React Native was originally developed for iOS applications. However, these days it also supports the Android operating system.

Which One to Choose?

If you are Confused, Which one to Choose React or React Native Then If you want to Develop Websites or Web Applications Then you should Definitely Refer to React Because React Allows us to Create Websites that Does not Reload when Navigating to Another Page Let’s Say you are Moving from Home to About Page Then it will Appear before you Blink Your Eyes Without a Single Reload.

The Final Conclusion is Both Developers are Most Demanded Developers in 2022, But It Depends which One you Have To Go as I said Above That if you want to Develop Web Applications or Websites Then Go For React, And If you want to Develop Apps For IOS & Android Then you should Learn React Native. So This Was It For This Blog See you In the Next One Till Then Keep Coding Keep Exploring!